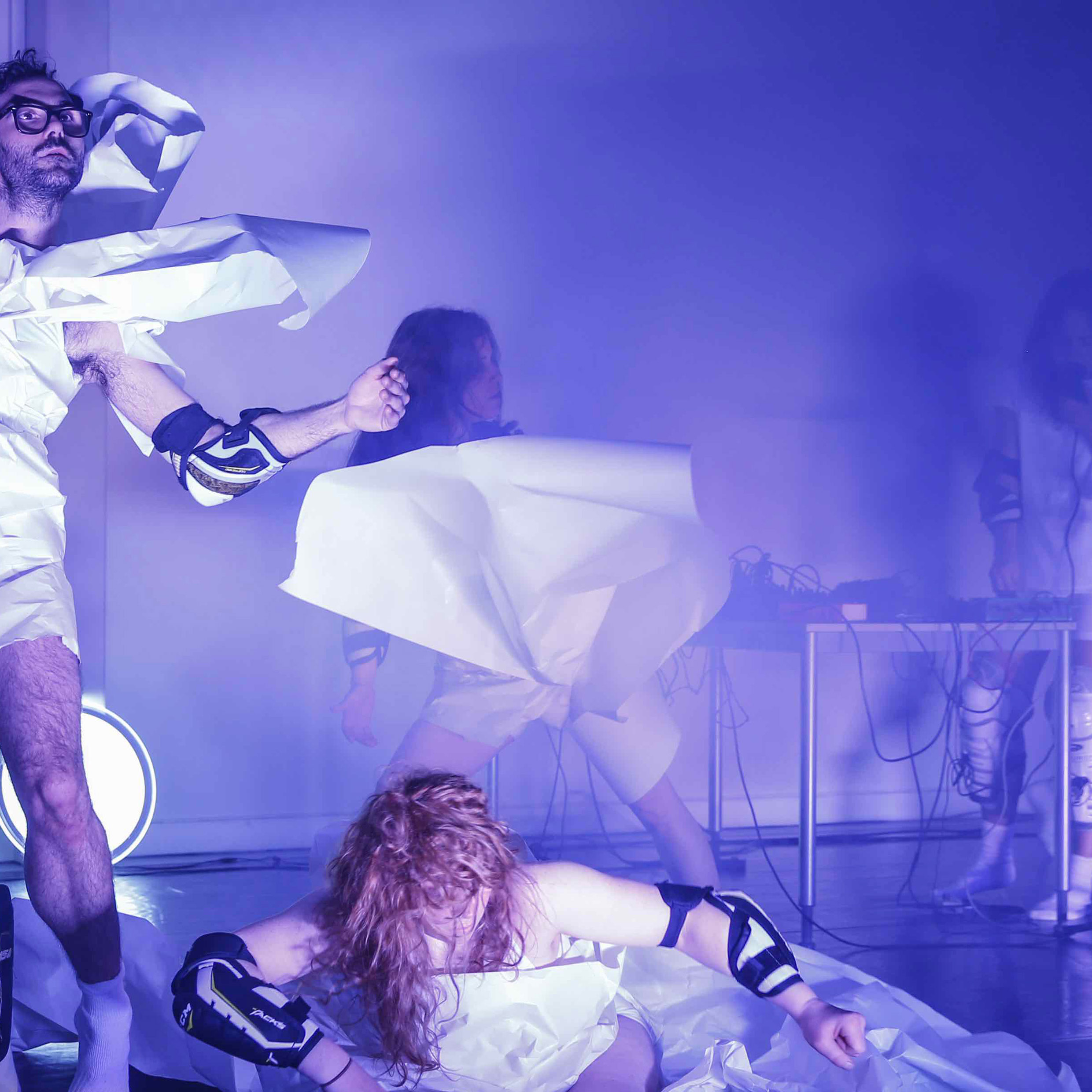 In Spinn, we’re always curious at finding new ways and entry points into creating art and to work with new people.

This week we’re doing a research lab with Icelandic choreographer Lára Stefánsdóttir, and in line with this work with Nordic dance artists we have invited Norwegian choreographer Torgunn Wold to host a workshop at Spinnstudion on February 27.

Torgunn is a choreographer that we’ve been curious about for some time now, especially regarding her productions for younger audiences. Torgunn often works with production that encompasses both dance and theater and where also music and costume plays a big part. We are really looking forward to spending a day together with her! 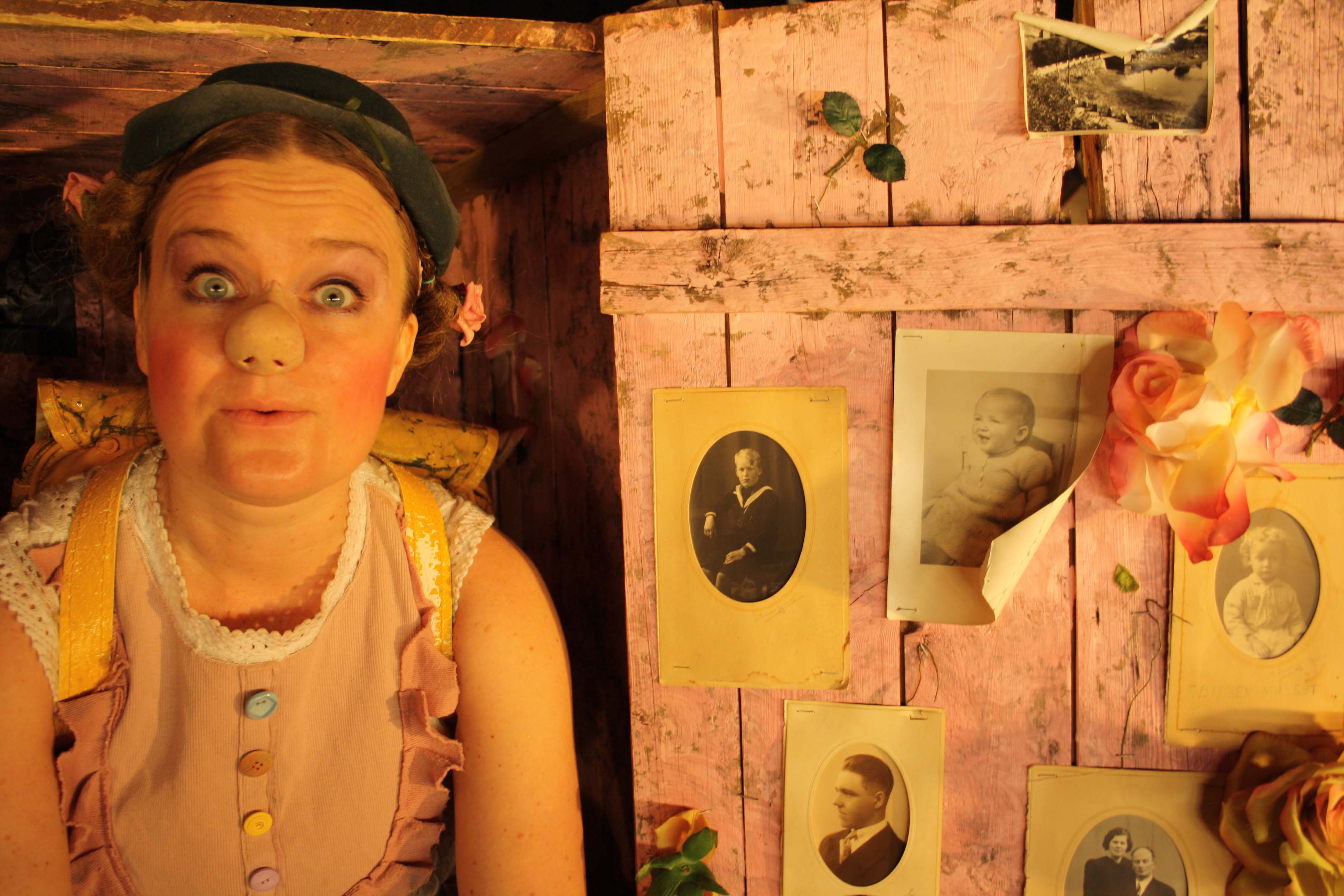 As we announced already before Christmas, we have invited Icelandic choreographer Lára Stefánsdóttir to hold a Choreographic Research at Spinnstudion in Gothenburg as part of the EU project Moving Beyond Inclusion.

During five days, February 19-23 Lára will work with dancers from Spinn, from the project Moving Beyond Inclusion and with specially invited guests. In Lára’s own words, the themes of the research stems from ideas such as “how we can deal with energy versus thought in our movements. The overall structure will depend largely on features such as repetitions, stillness, focus, timing, spacing, juxtapositions and counter balance.” 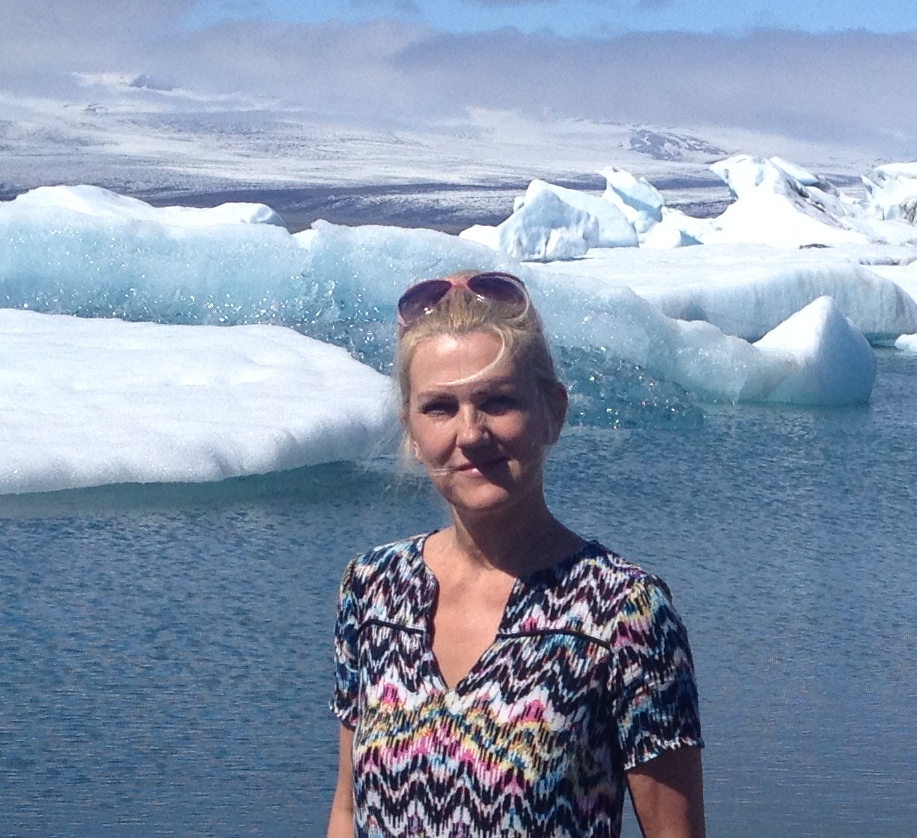 The participants consist of Spinn’s own dancers Emilia Wärff, Celia Berndtzen and Soledad Howe along with artist Berith Stennabb. Felicia Sparrström, Adam Henriksson and Anna Bergström from SpinnUnga will also join us for the lab. Participants from the other project partners from Moving Beyond Inclusion will be Bernhard Richarz from Tanzfähig in Berlin and Esther Kunz from BewegGrund in Bern. In addition to this we have also invited Madeleine Månsson from Skånes Dansteater and freelance dancer Eva-Britt Andréson.

On February 13-17, Spinns Artistic Director Veera Suvalo Grimberg will give a mini-course in the Russian city of Archangelsk along with composer Tomas Hulenvik and percussionist Ellen Sjö Sander. This course is part of Share Music & Performing Arts ongoing inclusive artistic work in Russia. 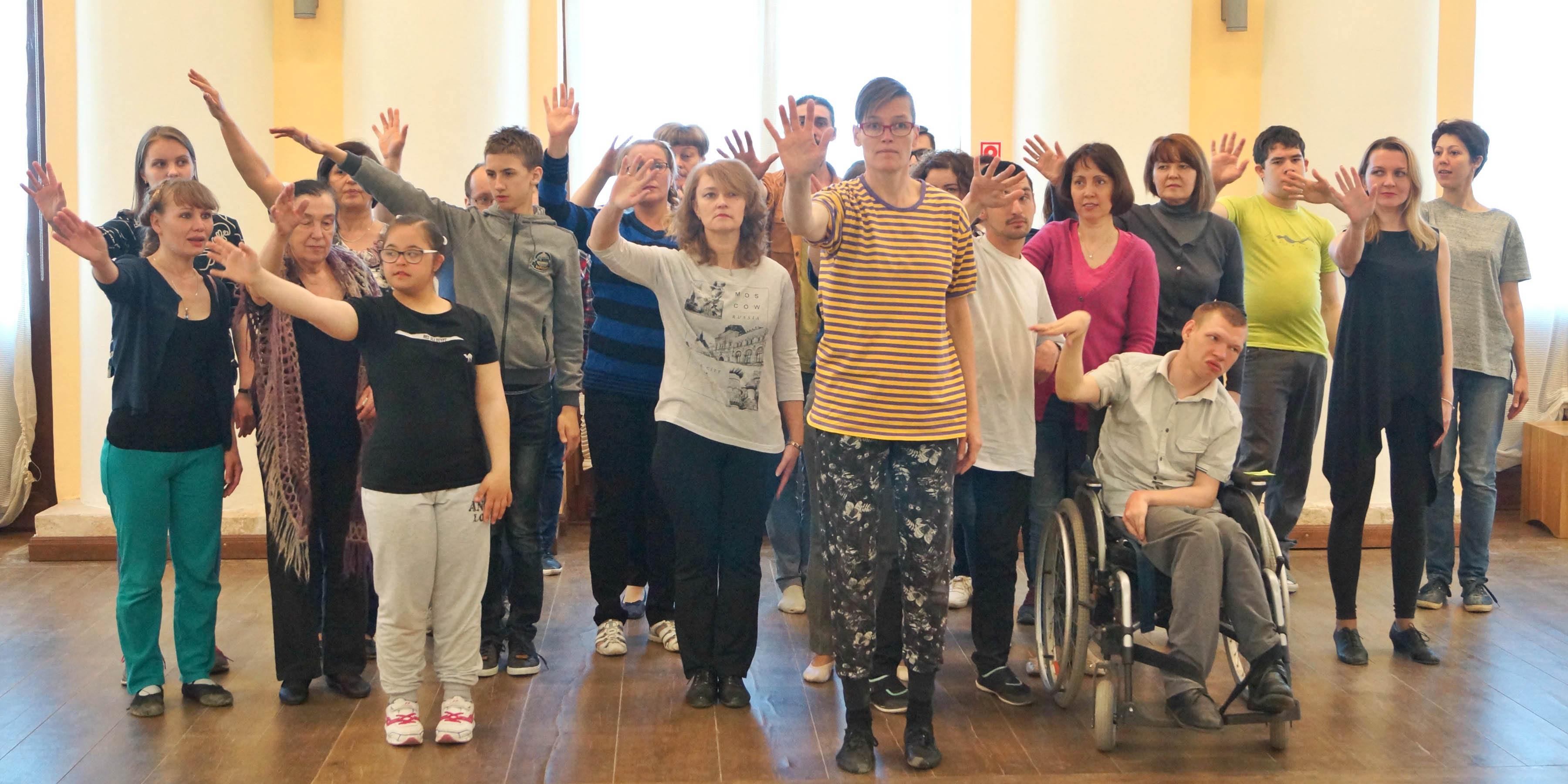 Since 2009 ShareMusic has worked on establishing connections in Russia. Today there is a broad network in the country, and they have amongst other things arranged seminars, lectures and workshops. The international project Kluchi in the northwestern parts of Russia focuses on the importance of inclusive performing artistic practices. The key learnings from the project will be disseminated in Archangelsk and in some of the other districts in the area; Leshukonsk, Kargopol, Velsk and Krasnoborsk. The aim of the project is to create space for various forms of dance and performing arts, and to give an insight into collaborative creative processes.

On Friday February 9, at 15:50 Spinn will present the performance Cryptic Gymnastics during the first edition of Folk och Kultur, which is a new culture political convention and a tribune for arts and culture throughout Sweden. Folk och Kultur takes place at Munktellstaden in Eskilstuna on February 7 – 10, 2018.

Folk och Kultur wants to further accessibility and vitality within the cultural life throughout Sweden, help spread knowledge on the impact of art both in itself but also it’s impact in other areas. Folk och Kultur also wants to make the regional actor visible and be a meeting point for discussions about art across all political sectors. 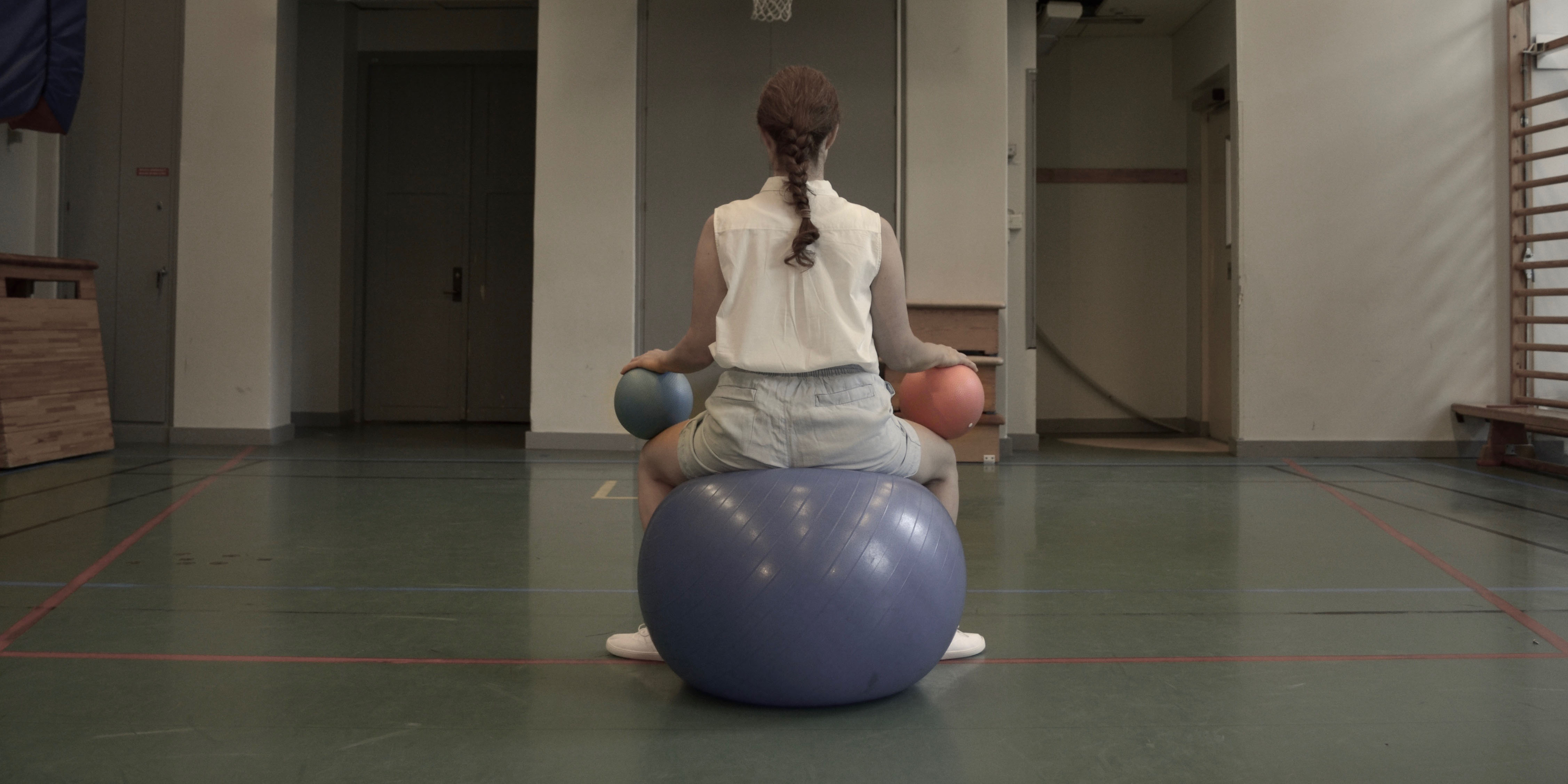 Spinn will present the performance Cryptic Gymnastics on Friday February 9 at 15:50. The performance will be followed by a talk about norms with Matilda Johansson from Scenkonstguiden in Gothenburg.